One year later, MP participated in the Interlift trade fair, the most important event in the lift sector which took place October 15 to 18 in Augsburg, Germany.

MP was present with a 286 m2 booth located in Hall 5. Due to the large number of visits that we received in the previous edition, this year we decided to take a step forward and expand in size in order to receive and better serve all our existing and potential clients.

The booth had two areas separated by a red walkway, one was reserved for a work and product demonstration area, and the other was to strengthen the relationship with the client in a more relaxed space. 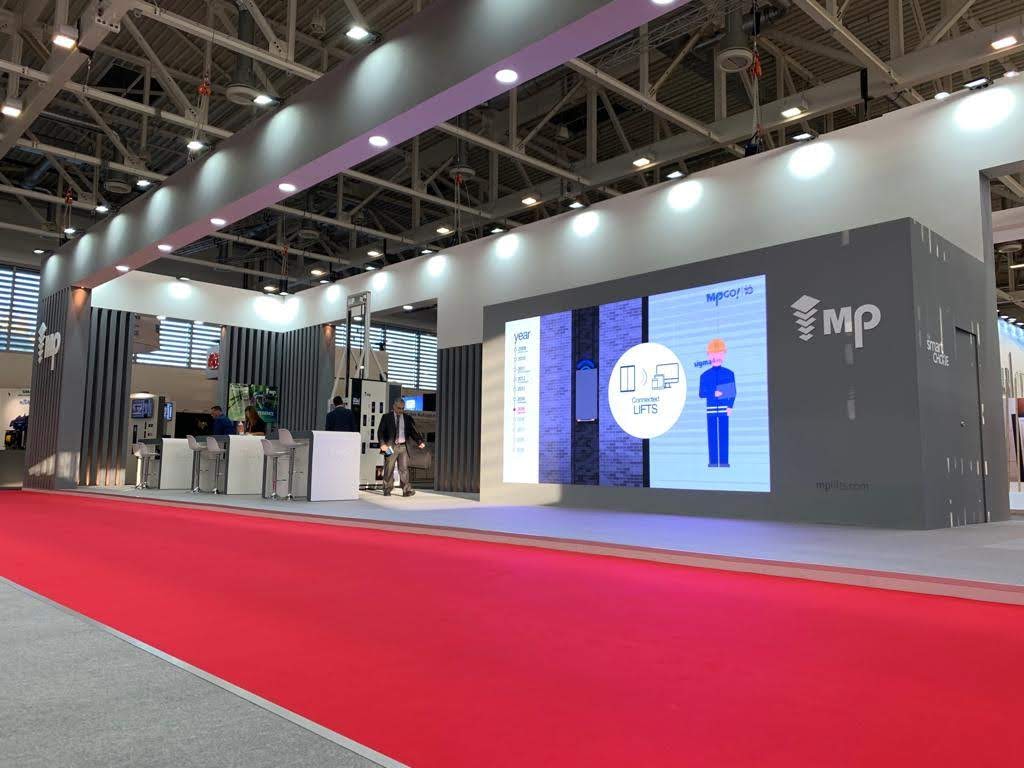 These are the products that were presented:

-The ecoGO smart maneuver, in its version for pits and confined spaces, under the EN81-21 standard with the most advanced SAB II safety system, which is the evolved version of its predecessor SAB I.

-In this same space, we emphasized hollow shaft security for the installer and maintainer with a 360º demonstration video (with glasses)

-Last innovations applied to the MPGO! Evolution Model, Gearless lift without a machine room, coinciding with the tenth anniversary of the birth of its first version.

The main idea that we demonstrated at the trade show is: :“MP YOUR SMARTCHOICE”


If you want to see more videos visit our Youtube channel.

We use our own and third-party cookies to obtain statistical data on the navigation of our users and improve it. If you accept or continue browsing, we consider that you accept its use. AcceptMore information here